Skip to content
Why have an approach to children’s participation?

Why have an approach to children’s participation?

Amid the chaos of COVID 19 and its various substantial impacts in the way our world is operating, our CEO Monique Blom asks us to stop and consider the gains made in Australia over recent years about the voice of children and young people. 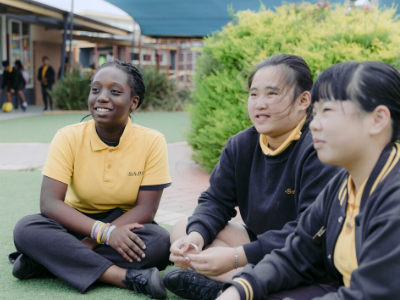 Following a lengthy and highly complex Royal Commission into Institutional  Sexual Abuse, changes to legislation across several jurisdictions about child abuse reporting and the introduction of various child safe principles and standards, we have seen a genuine embracement across many organisations and sectors in giving a voice to children and young people; and building a community of child rights advocates.

During this time of uncertainty, it is important that we remain vigilant in advocating for children’s participation in decision that affect their lives.

Children voices are often unheard or drowned out by the adults around them, even when it is the child or young person’s own experiences, needs and feelings that are the topic of conversation. There is an increasing body of research that suggests that adults, this can include parents and caregivers, are not accurate in their accounts of children’s experiences. This is particularly prevalent through a child or young person’s interpretation of an event and the signs and symptoms that they may be experiencing. Children often know the information adults want to hear and adapt their narratives to suit this agenda.

There is a broad lack of knowledge and intentional application of children’s rights in the environment which they learn, grow and develop. This lack of knowledge can create significant concerns to upholding the rights of children to access and be part of decision making that impacts their life.

Children who have received opportunities to participate and provide feedback, are more likely to be sensitive to the perspectives of others and be concerned about their rights.

Conversely, children who do not feel their voices have been heard, or who have had little engagement in the decisions made about their wellbeing and safety, are left vulnerable. Children are vulnerable in organisations that do not listen to them, do not value their voice or opinion, or do not perceive them to have the capability to meaningfully contribute to the organisation’s agenda. This vulnerability exists because the organisational attitude or culture facilitate the perspective that children and young people can be overlooked, minimised, silenced, or not believed.

Embedding children’s involvement, as described by the United Nations Convention on the Rights of the Child (1990), provides a framework to counter cultural beliefs and suppositions that have the potential to continue to undermine real children’s participation. Organisations with a robust, child-focused approach are successful in engaging children and young people through the development of a reciprocal partnership, where they can jointly construct understanding and knowledge. The meaningful participation of children and young people in organisations depends on active encouragement of children to engage in dialogue.

This commences by organisations scrutinising their cultural beliefs that potentially minimise children and young people’s contributions, as well as working to remove barriers set by these beliefs that block children’s meaningful participation.

The premise of children’s participation recognises that children and young people are experts in their own lives and feedback.  The current COVID 19 crisis actually amplifies the experience of children and young people in the organisations and its system they are part of as they currently function, and as such, their insights and expertise offer essential information, both to decision making and to system design and improvement, even during a crisis!

Participation and listening is important for all people, adults included, not just children. When adults and children participate together, we co-construct better outcomes for children, for adults, and for the system as a whole.

The right to participate derives from recognition that every human being is entitled to equality, dignity and the capacity for self-determination.

Involvement of individuals in decisions that affect them and holding those in power accountable for their actions is central to that experience of human dignity, and even more profound during challenging times.