Children come to this world without an understanding of what is expected of them, where they stand with others, how far they can go, and what happens when they go out of bounds. So they explore, experiment, and learn. This learning and discovery process requires clear boundaries and limits from caregivers. Richard Zhang shares with us a few of his thoughts on setting these limits and boundaries with children. 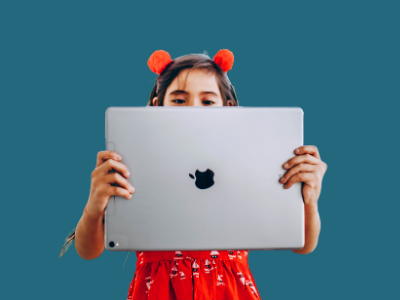 In the book, ‘Setting limits: how to raise responsible, independent children’, Robert J. MacKenzie describes children as researchers who are incredibly equipped to test, explore, and collect data about their world and how it works. They form beliefs, draw conclusions, and observe cause and effect relationships from what they experience from the adults around them.

In the beginning chapter, he discussed two scenarios and asked the audience to consider the child’s experience and the kind of data that was collected by the child. The first scenario describes a mother who threatened to turn the TV off but then quickly turns it on when her child starts to cry. In the second, the mother delivers a clear, firm message that the TV will have to stay off until the child is dressed. Yes, the child may chuck a fuss and cries, but she stays firm and delivers the message that the TV won’t be on until the child is dressed. Based on the scenarios, both children collected very different data on what’s Ok and what’s not Ok. By compromising the boundaries in the first scenario, the child is learning that he can call the shots and influence the behaviour/requirements of the adult by behaving a certain way. However, in the second scenario, the mother backs up her words with concrete actions, delivering a clear message that no means no.

Children are not born with boundaries; they internalise boundaries and learn to take responsibilities from external relationships. The scenarios mentioned earlier suggested the importance of following through, but understanding that is different from doing it – easier said than done. As I read more into the chapter and the examples that the author uses, I begin to notice that parents often adjust and change their requirements when children display strong resistance and intense emotional reactions to parental expectations, rules, or boundaries. Out of perhaps fear, anxiety, guilt, embarrassment, or mixed emotions, parents react from their emotions and give in and allow their child to take control. When this happens, children may feel powerful, possibly in control, but they are unlikely to feel secure.

Children need their parents to be the parent, and they are counting on them to protect them and steer them in the right direction.

That is, they need firm, clear and appropriate limit and boundary setting because it conveys a powerful set of messages to the child. It conveys to your child that they can count on you to be their gentle leader to guide and protect them. It is in fact unsettling for most children when they realise have more power and control than the adults around them.

Children will continue to conduct active research by testing what they hear and experience. Our words allow us to communicate our limits and expectations, including our feelings, intentions or dislikes. It lets children know where we stand because they are not mind-readers. But when there are disparities between what we say (our words) and what we do (our actions), children will form their beliefs and perceptions about our rules and expectations based on what they experience rather than what they are told. Therefore, clear words backed up by concrete actions are the key to teaching children expectations and its limits.

More importantly, parents must be consistent with their expectations.

When a child is frequently getting confusing messages from their parents, they are likely going to need to do a lot of testing and power struggling to know where they stand. This may be especially challenging not only for the child but also for the parent trying to set appropriate limits. Without a clear plan and consistent parenting strategies in the best interest of the child, good work can unconsciously be undone by co-parents, leading to complications between the parent and the child and also between the parents themselves. Children may also learn quickly to play this to their advantage, knowing for example, that they can get a dependable yes from mum and a predictable no from dad. What they are learning here is that there are two sets of expectations and that only perhaps dad’s expectation requires compliance.

When limits are inconsistent nor clearly communicated, children see them as a yellow light where stopping (compliance) is optional, but not required.

When firm limits are clearly communicated, it sends clear messages about our expectations. When these messages are consistent with our actions, they learn to take our words seriously and cooperate when asked.

Here are the tips noted by the author:

The focus of the message should be on the behaviour

Is important to separate the child from his/her behaviour. The goal is to address the behaviour, not the child performing the behaviour because we must be careful not to deliver the message that the child is inherently bad. For example, saying “Ben, stop yelling at your brother” rather than “Ben, how do you think that makes your brother feel?” or “Ben, you’re a pain in the neck”.

The limit setting message needs to be direct and specific

This is about exactly what you want the child to do, when and how. For example, “Jack, I want to you go back to your bathroom now, and pick up the towels off the floor, putting your dirty clothes in the basket, and wiping the toothpaste off the sink” rather than “Jack, you need to do a better job cleaning your bathroom”. Direct and specific messages convey exactly what is expected. When messages are vague or unclear, children will attempt to test limits and resist to clarify what we really mean.

Use a matter of fact voice to communicate limits. This will deliver the message that you are in control as opposed to the loss of control with a raised voice. A raised voice is not needed to convey what you really mean when the message is direct and specific.

While this is a topic of its own, consequences can be a powerful tool in the teaching and learning process when they are applied the right way. When the child consistently tests boundaries, specify the consequences while promoting choice and control. For example, “Jack, if you are interacting with peers aggressively (eg., hitting and screaming), you are choosing to play alone”.  Let the child know the consequences ahead of time so that it doesn’t come as a surprise. Children need to have a sense of control and control in their lives. They need to see themselves choosing, willing, and initiative-taking individuals of their own lives, and not as helpless pawns of parents. Giving children the information they need and then allow them to make age-appropriate decisions helps them to have a sense of security and control in their lives.

Back up the words with action

Hopefully your words are all what you will need, but also remember words are only the first part of our overall message. Sometimes the most explicit verbal message will be ineffective, and we must support it with action. Again, children will draw conclusions from the research based on what they experience rather than what they are told. So don’t hesitate to back it up with action because failure to act is delivering the message that your expectations and limits are not all that important.

Remember that it is not uncommon for things to get worse before it gets better.

An initial increase in limit testing from children should be expected especially if you are trying to change well-established patterns of misbehaviour. Limit setting is also a dynamic process. This means it should be flexible in the sense that they can be negotiated and revised as the child grows, learns, and is ready to take on more responsibilities and freedom. So children will need time and consistent exposure to our methods over time to realise that your expectations have changed. More importantly, remember that there is no such thing as perfect parenting. Mistakes are a part of learning and always aim for improvements and goal attainment, not perfection.