Abuse at the hands of people working in care has been rife throughout history, and ironically and sadly, there are so many accounts of abuse that we often forget the individuals who have suffered at the hands of it. 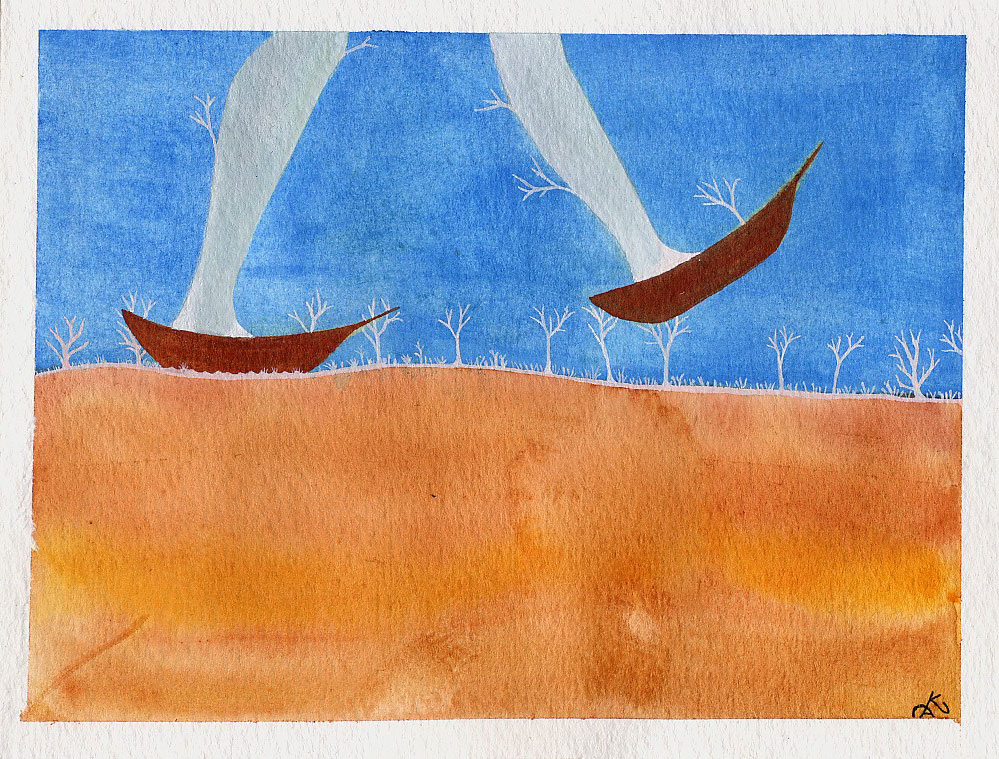 As many accounts of child abuse find their way out into the public during the proceeds of the Royal Commission of institutional Responses to Child Sexual Abuse, we run the risk of issue fatigue. Separate experiences can blur into each other as, one after the other, individuals, groups and organisations tell their stories.

One such individual, Manga Waata, is an 18 year old young man who has had terrible experiences while in care with his younger brother.

Manga’s story is the kind that brings you back to the center of the issues with authorities that have been allowed to continue to conduct themselves poorly, and not in the interests of the children they are responsible for. Stories like Manga’s remind us that these are real people, young people, who continue to have negative experiences in care that will affect them for the rest of their lives.

“My parents were unfit to look after me and my brother,” Manga says. “One’s in jail at the moment. I didn’t want contact as I got older. I know what they’re about, so…”

Manga was put into care when he was five and his brother was four due to his parents being engaged with drug and alcohol abuse. Given he was so young, and was in care for such a long time, he became used to the instability and the foreignness of it all. But that didn’t stop it from being a scary place to be for a child.

“It was frightening, I think. Because we were away from our parents, our family and stuff. You know, they tried to make it a home, but it was never going to be a home. There were just groups of people coming in and out, all the time. I got used to the constant change, as I got older.”

As Manga tells me about his time in care, it becomes very apparent that although he is open about his experiences, they aren’t easy for him to talk about.

Although he is speaking from experiences that he may not be able to recall in their entirety due to his young age at the time of their occurrence, as his story unfolds, more and more it is reinforced that residential care is not a settled, positive place conducive to young peoples’ development.

According to Manga, it is in fact quite the opposite, with tales of not just neglect, but abuse.

“It wasn’t just the instability that was frightening. There was heaps of stuff. There was many cases where me and my brother got abused and assaulted and stuff like that, by workers there so yeah,” Manga says.

Manga says it was routine abuse. “It happened quite often in this one place. We were there for two or three years. That’s a fairly long time for that to keep happening so yeah. It was just those houses in general. They weren’t that organised.”

Manga says the abuse was physical, and sometimes sexual, to himself, his brother and to other children in the residential care property. He says he saw it happening many times.

“It was bad. There were a few workers we knew to stay away from, and you know, it was just… mmm. And we just never said anything, because we didn’t understand. We thought we were probably just being naughty. But naughty in that we’d go get some ice cream and yeah, get hit for that, so…”

Beyond the physical abuse, Manga also suffered mental abuse. He says he remembers being locked in his room for an extended period of time.

“There are two workers that really stand out in my mind. I really want to hurt them… or just confront them and ask, “Why?” Manga says.

“No one really had the guts to stand up to them. I don’t even know where their mentality was to hit kids. Especially where there were kids that were 6, 7, 16, 17, you know. Even the older kids, they didn’t stand up at all. It was happening all the time and no one was doing it in secret. It was horrific how they would do that.

“Like I remember… I’ll give you one scenario. I was locked in my room for about a month and they fed me just baked beans and stuff… yeah, when I woke up. And… they wouldn’t let me out of the house. And so this one time I pushed in the window, because they were grabbing at me, and the window smashed and I tried to jump out.

“I was in there a long time. I remember just waking up in the morning and just couldn’t go outside, because they could deadlock it from the outside. And then I couldn’t get out of the way, so I was just sitting there, you know, just waiting for someone to come.”

Manga says that when he and his brother eventually left residential care and lived with his foster carer Scott, things got better for them.

“It was a much better experience. My foster carer Scott, he also used to talk to us and you know, just kind of help us through. There was this destruction… especially my brother, where he just flipped out all the time. He got angry. But he had a reason [to].”

Manga says his brother and himself continue to talk about the issues they faced, but that his brother is having difficulty developing as a person as a result of their experiences.

“My brother [continues to] suffer more now, which makes me angry,” Manga says. “We’ve grown apart, because we were that close that, we kind of felt the same thing all the time. So us being apart, it’s good for us. We can see that, and we can see that we’re different people.

“But we still talk all the time about all the things that used to happen and that’s the way I can kind of get myself onto a ‘cool’ level, just understanding with my brother, making sure what happened actually happened, the way [we think] it happened as well. It’s in broken pieces [in my understanding].

“I try to make myself forget about most of the things, because you know, in every day life, it doesn’t need to be there. If I can come to understand it, you know, beautiful. I can put it in a box and not think about it all the time.”

Despite everything he’s been through, Manga has finished school and is now completing a course in real estate, is living in an apartment with a housemate and driving his own car. He says that despite some initial challenges becoming independent, he’s happy with where he is now.

“My foster carer went over to Queensland and I think he’s gonna stay there. He had seasonal depression or something. My brother was young enough to go back into foster care but I was going to have to go back into residential care and I just couldn’t do it. It would’ve set me back a hundred miles. So I was thrown in the deep end, and I was a bit cut up about [what happened with Scott] for awhile.”

But Manga says that now, he’s happy to have his independence.

“I had to learn [to be independent] by myself. And I still don’t know about most things, but I’ll learn about them,” Manga says. “I’ve got grounding at my house… comfort. This is the first time I’ve had something for myself.”

Manga doesn’t talk much about his parents, but he says that seeing what happened to them, along with his relationship with his uncle, has propelled him forward.

“I’d always see my parents doing stuff, and I had my uncle as well just to tell me, you know, to always stay away from [drug and alcohol abuse],” Manga says. “Seeing them break down and crumble… it just didn’t make sense to me. And my uncle went through similar things, you know, that stuff with drugs. But he [stepped away from it] and showed me how he kinda did it.

“I could’ve just abused drugs and gone down that road, took that step off into no man’s land. It could’ve been quite easy for me. But if you sit there and dwell, you know, there’s no outcome from it. There’s no positivity. And that’s why I’m positive these days, or I try to be. And I try to encourage others, which makes me more encouraged. A lot more.”

Manga says that he is fine after his past experiences as a child/young person. However, the effects of his time in residential care have evidently left their mark on his psyche.

“It hasn’t really affected me mentally. Emotionally, sometimes. So it can bring back a lot of hatred and stuff towards authority, when people tell me I can’t do something,” Manga says. “But really, I’ve got a cool mindset I think.

“But you know, [it wasn’t] normal. As much as they say, oh in care we try to make it normal. It can never be normal. It’s just… you’re confused all the time. And it still leaves me confused. Every day.

“But positivity stuck to me. That baggage, it was on me for a long time, and I was doing some stuff that I don’t regret but you know, I just did, and to pick myself up was a big step.

“[My experience in care] definitely built a little bit of character. In me. But in a different way, I have a lot of patience and… I don’t know, I’ve kind of always had that real confident attitude, so through life, it didn’t really affect me until I had some alone time, you know. And that was only recently, like a year ago.

“And it still does affect me, and you can’t ever get away from it. It’s like, information that just stays in the back of my head and it shows up at random times; but I’ve made myself deal with it because at the end of the day, it doesn’t change the person I am today. It happened, but I can’t do anything about it.”