Skip to content
What is Pathological Demand Avoidance (PDA) and how can we address it?

What is Pathological Demand Avoidance (PDA) and how can we address it?

For this week’s blog, Prishini Ratnayake discusses a condition associated with Autism Spectrum Disorder called Pathological Demand Avoidance (PDA). Prishini introduces us to some key characteristics associated with PDA and also provides a few helpful suggestions for managing these behaviours of children with PDA. 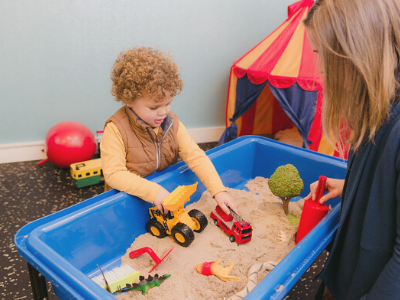 Pathological Demand Avoidance is a condition associated with Autism Spectrum Disorder (ASD). It is a rare behavioural phenotype of ASD that is characterised by an overwhelming or obsessional need to resist or avoid demands, which can often lead to prolonged tantrums and violent outbursts. Although children in general may often try to avoid demands, children with PDA engage in avoidant behaviours at a greater level. The key underlying factor is the extreme levels of anxiety associated with a loss of control, which can feel like a panic attack. Because of high levels of anxiety, they will often respond with a “No” even to tasks or activities that they normally enjoy and can spend a great deal of energy trying to gain control of situations and people.

Some of the key characteristics associated with PDA include:

This could be day-to-day things such as brushing teeth, packing school bag etc. While children with ASD may resist demands by refusing, withdrawing or ignoring the demands, children with PDA use strategies which can be seen as socially manipulative to avoid demands, for example, by making excuses, distracting, procrastinating, using threats and physically incapacitating self (“My arms don’t work”).

Extreme mood swings, led by a need to control

They can be impulsive and may have unpredictable mood swings, for example, being really excited and enthusiastic one minute and really quiet and down a few minutes later (Jekyll and Hyde personality).

They may come across as being more social than what you would expect, for example, demonstrating good eye contact and good conversational skills. However they may lack a deeper understanding of social interactions and lack social responsibility, have difficulties with peers and lack social constraint and boundaries. Children with PDA may find it difficult to find their place within the social hierarchy and can insist that they be treated as adults, disregarding parents’ role as authority figures. They often understand rules but don’t feel that they apply to themselves. They can also engage in behaviours that are intended to shock or upset others, for example by asking personal questions, making loud inappropriate comments or having meltdowns in front of peers.

Comfortable in role play and pretending

Children with PDA may enjoy doing role-plays, sometimes to the point where they appear to lose touch with reality. They may adopt the personality of someone or something for a long period of time (a person such as a teacher or an animal). This can become obsessional and can get in the way of forming friendships and social engagement.

The obsessive behaviour displayed may be different to others with ASD, as the obsession is often focussed on other people, with fictional characters or with actual people to the point of being overbearing to the one on the receiving end.

While these key characteristics give us some idea as to how these children might present at school, home or in therapy sessions, it is important to keep in mind that similar to others with ASD, presentations can vary from child to child. A child with PDA can be very calm, cool and compliant at school and behave much worse at home. This is not because of incompetent parenting but because they have reached their tolerance levels and need to release that suppressed anxiety.

So how do we address these challenges to increase compliance and engagement?

Here are a few suggestions to make parenting a child with PDA more manageable.

Work on building a relationship of trust.

Children should be able to feel safe and secure in their environment and should be met with consistent responses in order to develop trust in their caregivers. Being present and being an active listener can promote trust and connectedness. You are more likely to get a favourable response if the child sees you as an ally that they can trust.

Make indirect requests instead of using demand words. For example:

If requests are made too assertively, questions and instructions can be misinterpreted and it is likely you will end up with a child refusing to engage with you. Use written requests or visual prompts to depersonalise the demand. Attributing reasons for a request to other factors such as health and safety is another way you can get a child to comply. For example, “brushing your teeth can help keep your teeth and gums healthy and to also keep your breath fresh”.

Puppets and toys can also be used as a ‘third person’ to depersonalize requests and to suggest ideas (“Lego Steve wants to know if we can….”)

Remain calm and try not to take your child’s behaviours personally.

See meltdowns or tantrums as severe panic attacks that needs your support to manage rather than as acts of defiance. Try to avoid giving consequences as this often makes it worse. Use the three R’s (Regulate, Relate and Reason) to validate how they are feeling and to respond to meltdowns instead. At this point, they need reassurance and not be made to feel ashamed for their behaviour, as they are not in control of it.

Children with PDA often shy away from praise as direct praise can increase anxiety. You can acknowledge their participation and input by providing affirmations and praising the outcomes instead, for example, “I am so glad that you were able to help me clean up the dishes”, “Great to see that you were able to finish all the math problems”.

Use humour to make demands feel less oppressive to the child (“I bet you cant….”).

Decide on the non-negotiables, explain the reasons for doing and stick to them. To children consistency makes the world predictable, and therefore much less confusing.

And finally, be flexible!

Allow your child a sense of control and be prepared to negotiate. Watch out for any signs that he or she might be feeling overwhelmed so you can adjust the demands before the behaviours escalate.