Skip to content
Psychologists, therapy and counselling – the politics of healing

Psychologists, therapy and counselling – the politics of healing

Gregory has a bone to pick with the current Medicare rebate system and its undervaluing of certain mental health interventions. 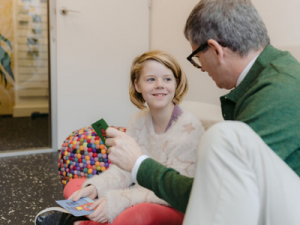 Ok, so here goes, possibly my most controversial post to date.

I have noticed over the past few years that there’s a general perception that the ‘go-to’ practitioner for counselling or therapy is a clinical psychologist. There seems to be an idea that they are somehow a step above other psychologists and allied health workers such as psychoanalysts, mental health social workers, and art or play therapists.

This misconception limits where vulnerable people turn to for support, meaning they are potentially missing out on getting the most appropriate help for their particular circumstances.

How did this perception come about? I believe it’s a result of the current Medicare rebate system.

In the mid-2000s, discussions were held between the Australian Psychological Society and the federal government, along with other interest groups, about providing rebates to psychologists for mental health interventions as part of the  Medicare Better Access to Mental Health Initiative. This at the time was an excellent development. The details of the discussions have never been revealed to the wider public, but we all know the result, which was that Medicare rebates for psychologists were artificially split into a two-tier system, with clinical psychologists receiving higher rebates than generalist psychologists.

This two-tier system has created an inaccurate and misinformed belief that one form of psychology will get better outcomes than the rest.  But there is no evidence for this. On the contrary, two follow up studies commissioned by the Department of Health and Ageing to assess the benefits of this scheme found that there is no difference in treatment outcome between ‘Tier One Clinical Psychologists’ and ‘Tier Two Generalist Psychologists’.

Ultimately, we do not require any further evidence to conclude that there are no meaningful differences in outcomes on these measures between clinical and general psychologists whereby we must accept that all psychologists across both tiers of Medicare are equally effective in treating mental health concerns.

The report goes on to say that:

…the Better Access to Mental Health Care Initiative was established with a fundamental flaw in the unfounded premise of difference in expertise between one group of psychologists over another.

I believe our noble profession of psychology has been hijacked by special interests groups. The how and why of the two-tier system is still shrouded in mystery. What were the discussions between the Australian Psychological Society and the federal government back in 2005 and 2006? How did it the body acting on behalf of all psychologists let this occur?  Why has it never been challenged within the Australian Psychological Society, within the government or within our court system?

The public is being blatantly misinformed about what psychologists can do, the difference between therapy and counselling and who holds the ‘magical holy grail’ to healing.

This issue has even affected university psychology courses, with many more psychology graduates choosing clinical psychology for their post-graduate study. As of September 2019, 70% of endorsements were for clinical psychologists (Source: AHPRA registration statistics). The result being other post-grad courses closing and psychology becoming rather bland rather than diverse.

Clinical psychology and clinical psychologists have become powerful in a way that does a disservice to our profession and restricts an unsuspecting public to a limited menu when it comes to seeking help. Other allied health professionals, such as psychoanalysts, mental health social workers, art and play therapists may be better suited to people’s circumstances. I believe some of these professionals have a higher level of training and expertise than many psychologists currently graduating, some of whom are limited to cognitive behavioural therapy. But with Medicare skewed towards psychology in general, and in clinical psychology in particular, the implication is that these other therapeutic options have lesser outcomes.

And who loses out because of this situation? Vulnerable people, including children, who are in need of support.